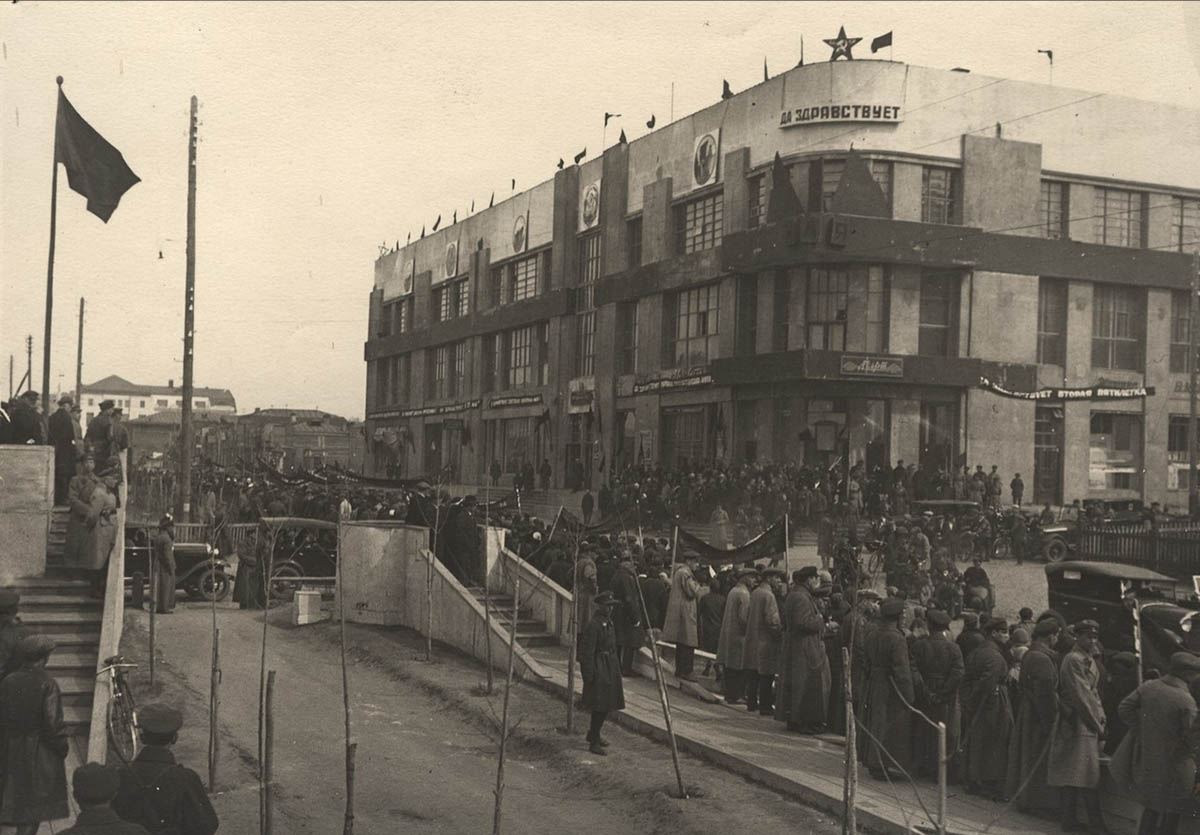 The Novosibirsk City Hall, Prombank (the Industrial bank) — The Cinema of Makhotin

In 1908 the circus actor Fedor Makhotin founded the first city cinema called “The theater-cinematograph of F.F. Makhotin”. Tickets queues were really large and they didn`t stop for many months. So a new stylishness cinema called “Giant” was built with 800 seats nearby. Melodramas, comedies were really popular and unlike Moscow scientific films were also very popular. Only before the revolution about 1,5 million people visited the theater. In 1917 it became “The national electro theater”.

In 1925 upon the plans of A. Shvidkovski and G. Holts a three-storied building for the USSR Industrial Bank was built in the constructivist style.

In 1931 the house was given to the city executive committee and two more stories were added to but because of the war the work wasn`t finished. In the 1950s the building was reconstructed in the style of Stalin Empire; now it has a static nature, heaviness and massiveness.

Now the Novosibirsk City Hall is in it.