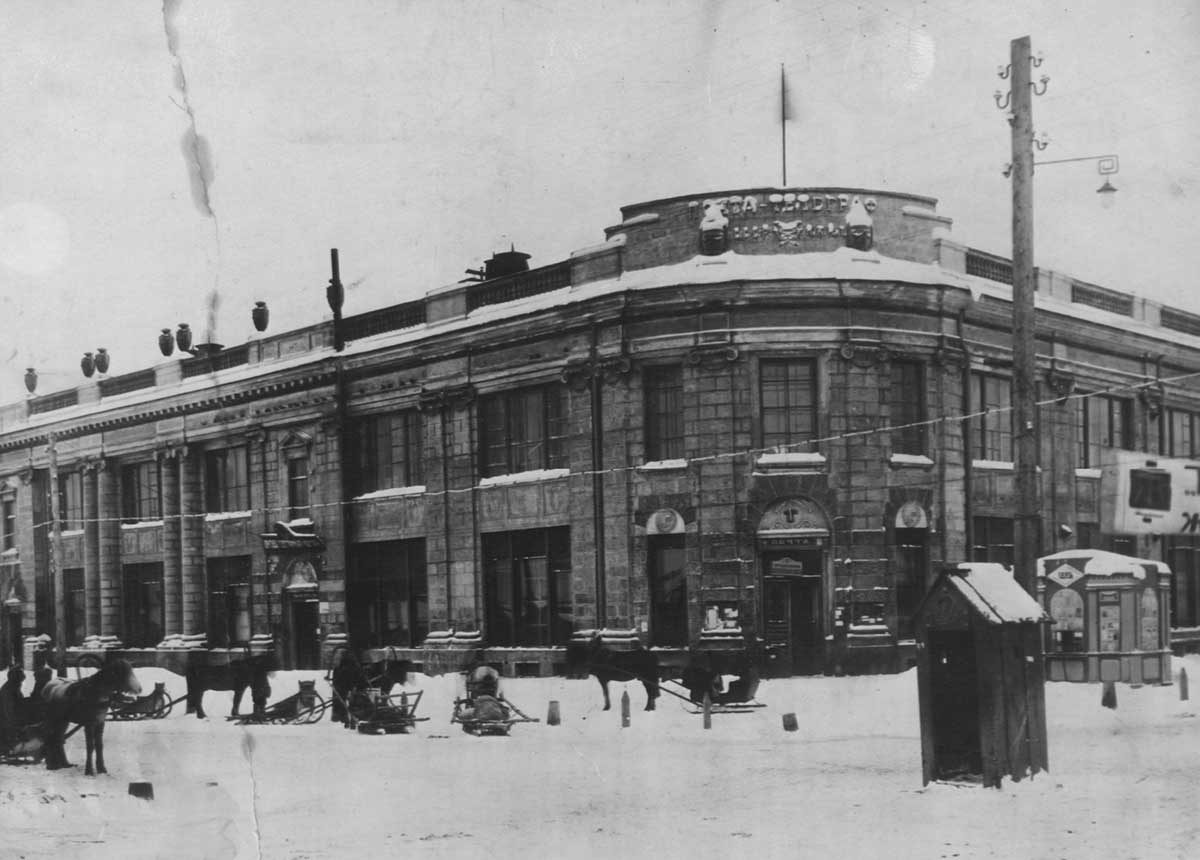 Originally the Branch of Bologorodsko-Glukhovski manufacture of Morozov family was located in this building which was one of the largest cloth manufacturers in Russia.

The building was constructed according to the project of A.D. Kryachkov in 1916. Ferroconcrete framework was used by construction of this building for the first time in Novosibirsk.

Strike committee of workers met here after the White Guard coup which paralyzed all enterprises of the city in August 1918. Later the building was occupied by the military units of the White Army.

In 1922 post-and-telegraph office was placed in it, later the building was given to Central Post Office that is located here till now.

During the reconstruction in 1927 two more floors were added, in 1968 the building was completed in the form of a rectangle.