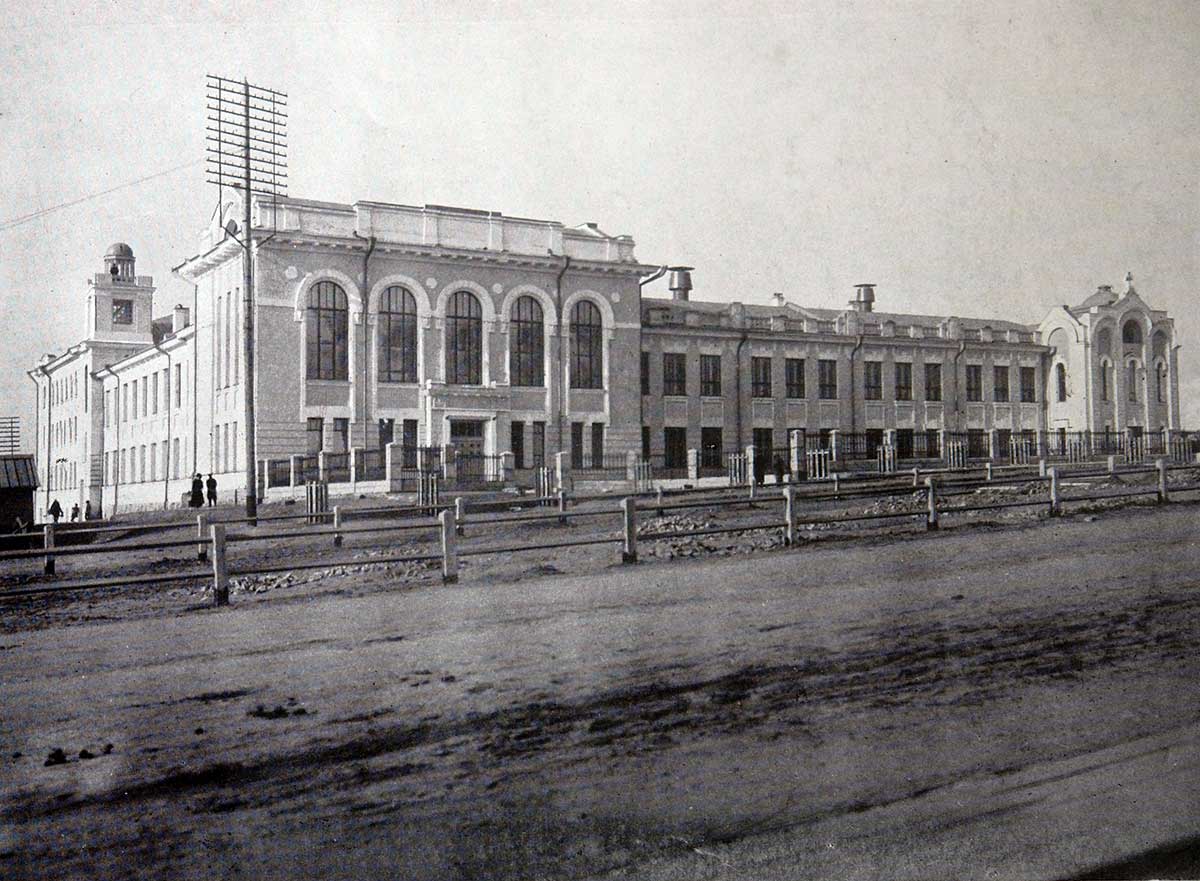 The building was erected in the constructivist style in 1933 according to the projects of B.A. Gordeev, S.P. Turgenev. The final variant of the project was completed by A.D. Kryachkov. The future designer of the Ostankin TV tower N.V. Nikitin took part in the project.

This building is included in the list of 800 masterpieces of an vanguard architecture. The bay window is considered a true architectural masterpiece. The building is one of the constructions of the city that looks exactly the same.

2000 people were supposed to work here. The flats of the staff had to be in the right wing with a separate stair hall. The first lift of the city occurred in this building.

There is a balcony above the entrance that is closed now. In 1944 the famous pilot, three times hero of the Soviet Union Alexander Pokryshkin gave a speech in front of his countrymen. Right here the largest political meeting took place on 9 May 1945. Over 150 000 people got together here.