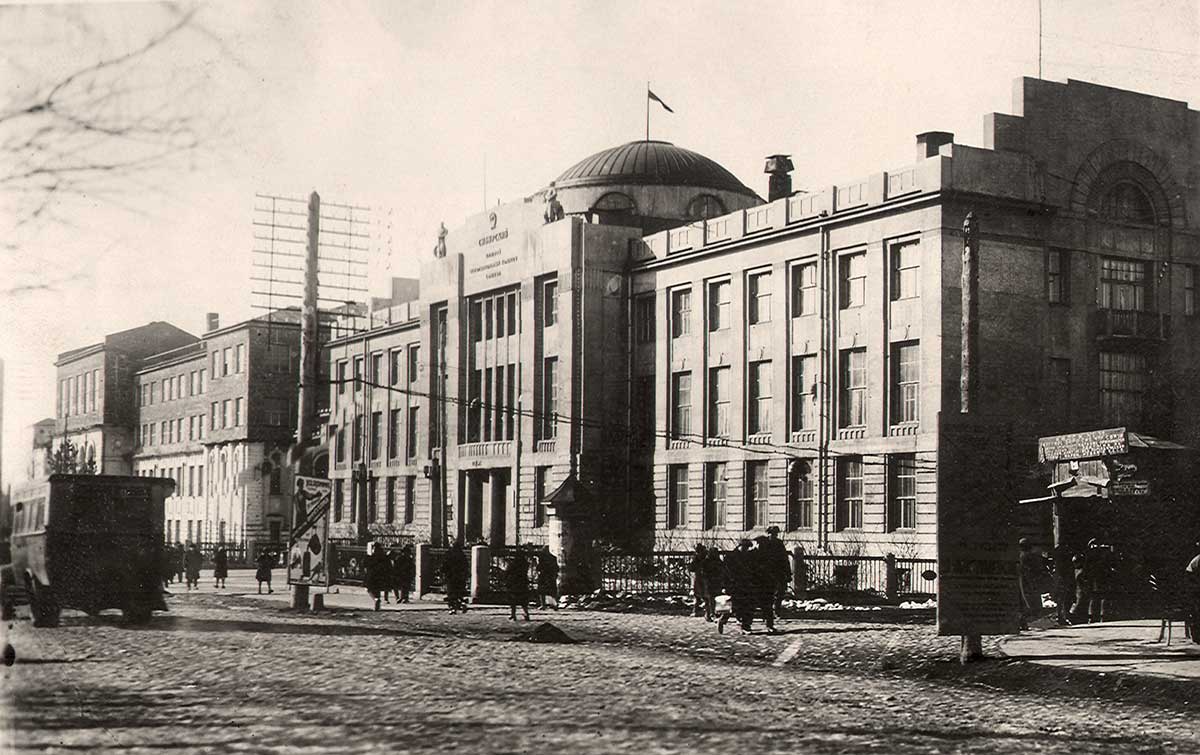 The building was erected for the Siberian Revolutionary in 1925. The building of Sibrevkom was built in the shortest possible time — within seven months – to accommodate administrative institutions. Later Siberian Regional Executive Committee, various political organs and the apartments of the managers were here.

Eclectic decoration of the Sibrevkom building contains both neoclassical decorative devices and some ornamental motifs of Art Nouveau. The front entrance is set off by a bay with two «Egyptian» columns, bearing an entablature-balcony of the second floor slightly protruding from the facade. The front entrance is flanked with two protruding portions topped with the statues of a worker and a peasant by the Altai sculptor Stepan (Stephan) R. Nadolsky. There is a ramp in front of the entrance. In the beginning of the 1950s one more building was added to it along Sverdlov Street.

Since 1982 Picture Gallery is located here.

R.I Eiche worked and lived here. He was an outstanding revolutionary, the first chairman of Siberian Regional Executive Committee, holder of an order and the leader of Bolsheviks. The square in front of the building was named after him but later he was arrested and the square was renamed after Y.M. Sverdlov.