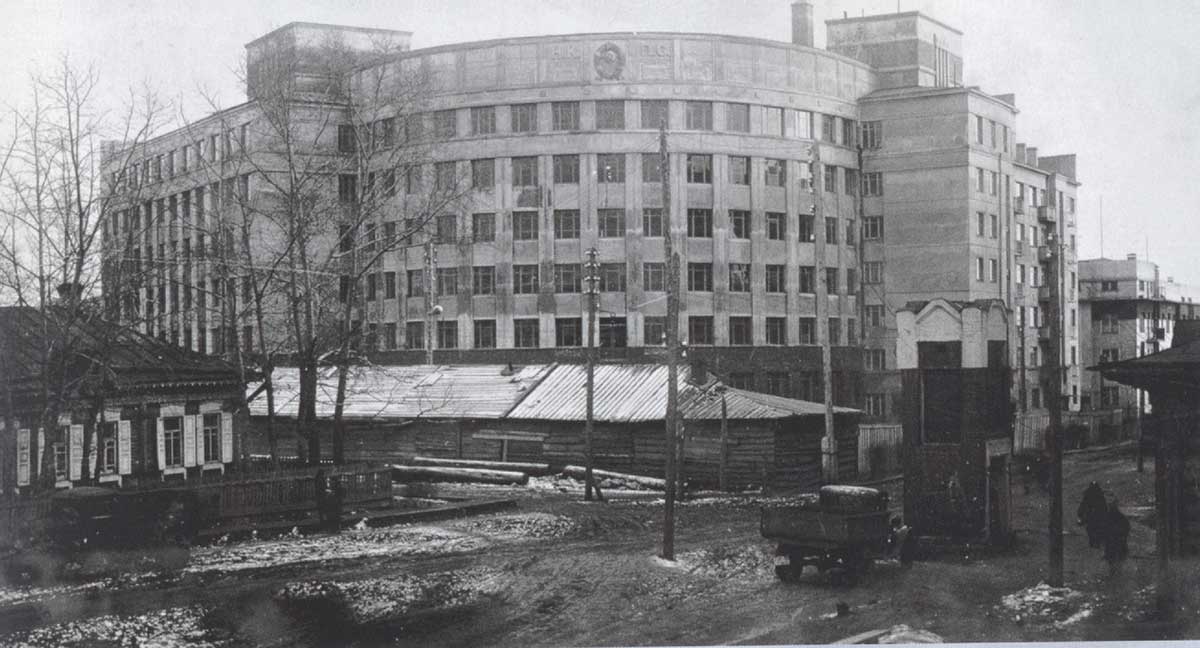 It was built in 1935 for the administration of Tomsk (later West-Siberian) Railroad according to the project of the exiled architect A.N. Shiryayev and Vengerov. This is the only large building with a round façade in Novosibirsk.

The administration office building of the West-Siberian Railroad was oriented towards Railroad-City centre. At the beginning it differed from the surrounding buildings as at that time Vokzalnaya Magistral was not completed. The wing in Station Thoroughfare was to hold offices; the other wing located along Uritsky Street held administration employees’ apartments.

Radio relay aerial was assembled on the building in the summer of 1957 to provide the road with a twenty-four-hour control.