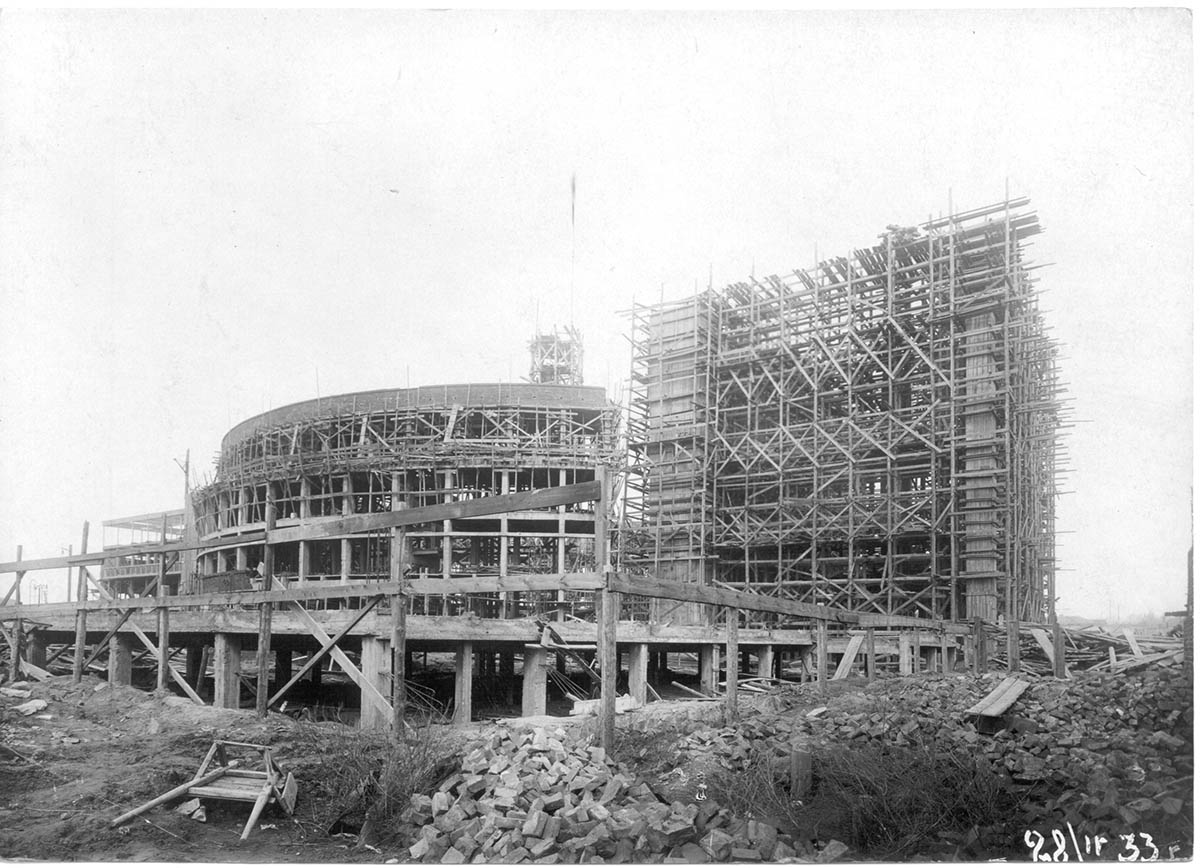 Novosibirsk Opera and Ballet House, Red Avenue, 36 It is the biggest theater in Eurasia. The big hall has 1774 seats capacity. The stage is the biggest in Russia. About 1000 people can be placed there.

It was originally designed as House of Science and Culture in Soviet times with circus, planetarium, cinema, museum, theater, picture gallery, water performances in one place. According to the project, spectators were to see columns of marchers coming from outside, cars, tractors or carriages moving at high speed, circular platforms could at the same time move in the opposite direction.

The construction started in 1931. After the walls and the cupola were erected it turned out the project couldn’t be fulfilled completely because of money shortage. The theater was erected in the style of neoclassicism. Since the mid of 1930s the style of constructivism was criticized in the USSR.

In the early years of the war in the Theater building the evacuated treasures of the museum and palaces of Moscow and Leningrad, in particular, the State Tretyakov Gallery were kept.