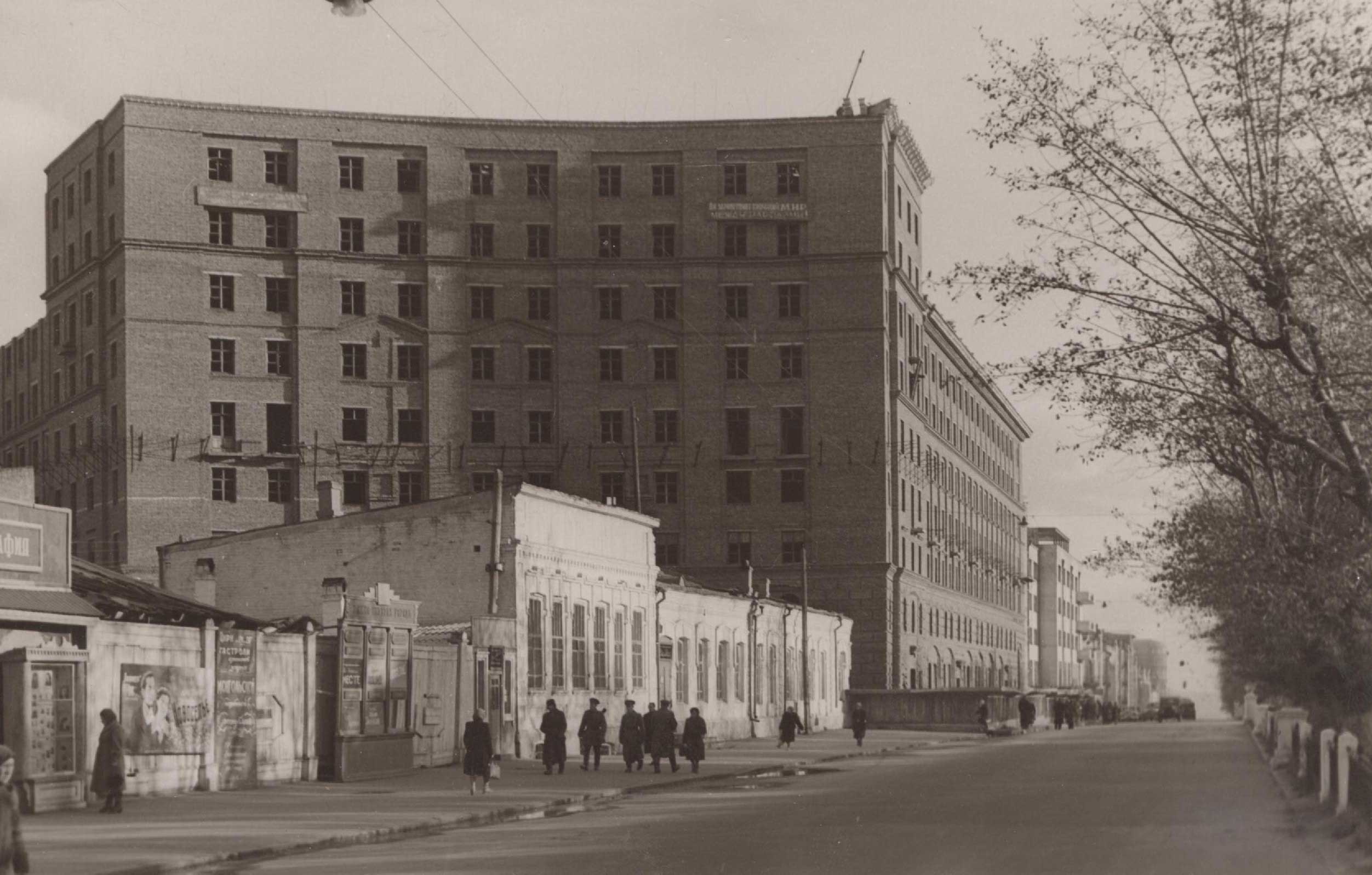 The House “under the line”, residential building of the Research Institute 39

“The house under the line” was erected in 1956 according to the project of the architect G.F. Kravtsov. The flats and the hostel of the workers of the Secret Defence Institute of Instrumentation were placed here. One of the largest bomb shelters of the city was located in front of the building.

The biggest food store in Siberia was opened in 1959 right here. It contained five trade halls each 1630 sqm. The store existed for about 50 years.

The building got the name “under the line” in 1971 as an illuminated indicator board occurred on the top of the building which reported the city news. The board was 28m long and 2m high.

There is also a version that at the beginning of the 1930s the first currency shop and the restaurant “Insnab” were at the place of the shop. It was a peculiar club for foreign experts where you could listen to jazz music and meet the intelligentsia.