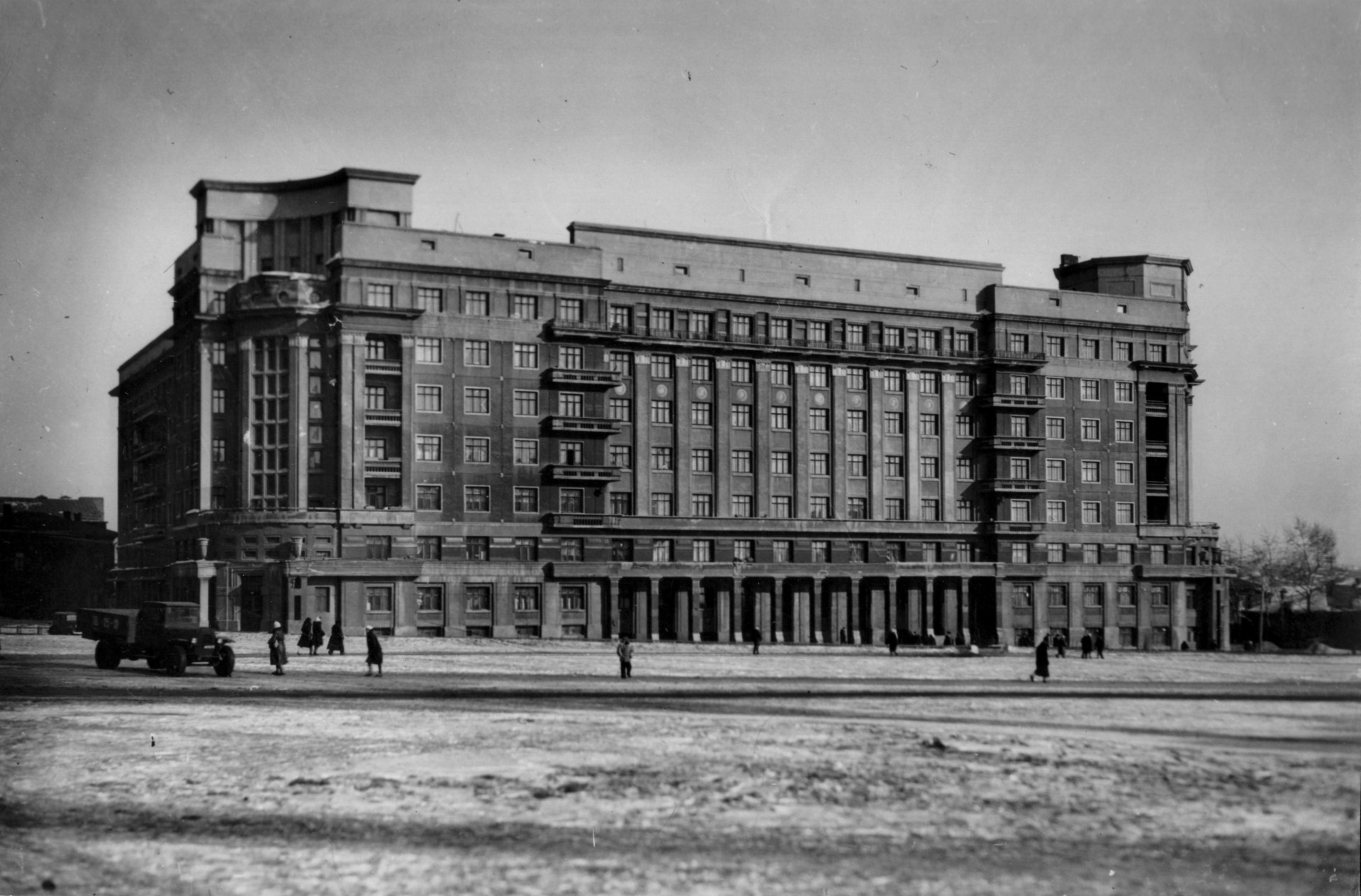 100-apartment house is the only house in Novosibirsk acknowledged as an architectural place of interest on world level. The house was built according to the A.D. Kryachkov`s project and the building was awarded with the gold medal at the world exhibition in Paris in 1937.

Eight-storied palace-house was intended for the nomenclatural elite – executive committee. The ceilings of the spacious flats are 3m high, they have parquet and two exits, big kitchens and even six-meters — long rooms for servants. The lift first appeared in Novosibirsk right in this house. And there are 110 flats in 100-apartment house.

During the Second World War and in the postwar years most residents of the house were well-known actors, scientists, writers and doctors, such as E.N. Meshalkin, V.M. Mish, I.L. Civian, N.D. Grizuk.